The advantages of battery storage hit the spotlight last week, as the nation experienced a huge power outage. Unfortunately, almost a million people across the UK were left without electricity on Friday afternoon as a major power cut hit.

A failure to National Grid’s network meant that the power cut blanketed the South West, London, the South East, Midlands, Wales and Yorkshire. 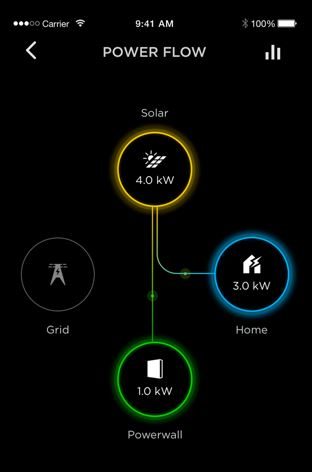 Although many people were only without power for a few minutes, the effects on a Friday rush hour were enough to highlight the benefits of having a backup power source that isn’t reliant on the Grid.

The cuts caused chaos, as commuters tried to grapple their way home without traffic lights, their usual train services or information boards.

Just imagine getting home after all that and not even being able to flick the kettle on for a well-deserved cup of tea and pop the TV on…now that’s where battery storage can help.

We have solar PV on the roof of the Mole Energy offices, and if we had a storage battery system too we would have been able to carry on working without interruption, relying on our unused solar power. Instead, as much as we shy away from an early Friday finish, we called time on the week and made for the door.

For many of our customers, the battery isn’t just about keeping control of rising energy bills, it’s about the independence from the Grid and using back up to tackle any power cuts like the one we’ve just experienced.

The Tesla Powerwall 2 is one of our most popular products for owners of solar PV. It’s a no brainer that solar customers are keen to maximise their generated energy. A battery enables them to use more of the power they generate instead of paying the Grid (or going without if there’s a power cut).

Sometimes, a power outage is a stark reminder of just how much we rely on electricity around the home. A period without the TV, radio, kettle, washing machine or even shower certainly highlights just how important energy is to our homes.

Is it time you took control of your home energy? Call our award-winning team today on 01803 732946 to find out how battery storage can help you make the most of your solar PV system.