Do your bit with home battery storage

We’ve seen big changes in the way people think about battery storage recently. Homeowners are becoming increasingly invested in the idea of optimising their clean energy.

If we look at our forward orders from customers who have confirmed solar installations for their homes, 40% have chosen to add battery storage with the Tesla Powerwall 2.

Batteries store excess energy generated by your solar panels during the day. This banked energy is then released automatically when your home needs it.

The new generation of batteries we’re now installing can also draw from the Grid during off-peak hours. This means you can fill your battery with low cost energy at night and avoid buying energy from the grid at higher rates during the day.

The last piece of the solar puzzle, they enable panel owners to benefit from the energy they generate 24 hours a day, 7 days a week. Batteries can be added to existing solar systems and new installations.

So, what’s changed? Why are we so much more open to using battery storage to help our energy go further? We’ve all been aware of climate change for decades, but the issue is starting to seem frighteningly real.

This week alone, the headlines have been dominated by depressing images of melting icecaps in Greenland, and we’re all starting to think about taking clear action. As the world’s leading climate change researchers exclaim that they’re astounded at the acceleration of the ice melting, it’s time to do whatever we can.

The pull of Tesla Powerwall 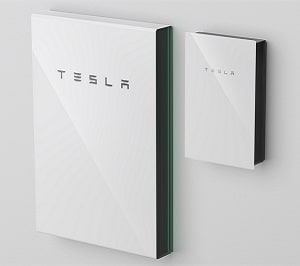 Everyone wants to talk about Tesla’s Powerwall. Powerwall 2.0 has changed the face of battery storage. The model has captured the interest of homeowners across the UK with its sleek design and fuss-free performance.

Tesla is the biggest name in battery storage, and the dream of a self-powered home is more affordable and more appealing than ever before.

As Tesla’s prices have gradually come down and people’s concerns about minimising their impact on the planet have risen, planet and pocket have met in the middle and battery storage has become an obvious choice.

Power to the planet

Tesla Powerwall has become far more financially viable for many customers, but we’re also hearing another reason from people ordering Powerwall from Tesla…”I need to do my bit”.

Many of us are experiencing a real desire to become as self-sufficient as possible. As it becomes the norm to look at our lives and see what we can alter to help the planet, buying less energy from the Grid is a simple way to start making a real difference.

There’s something satisfying about powering your home with solar and stepping back from reliance on the Grid and fossil fuels. We often hear from Tesla customers basking in the glow of a lighter carbon footprint and lower energy bills.

People are becoming less concerned with saving and more focused on doing their bit for the planet, and as an award-winning certified Tesla installer we’re happy to help them.

Call 01803 732946 for more information on how battery storage can help the planet – and your pocket.